One of the most beautiful things about Christmas is how different people around the world incorporate it into their cultures. The peculiarities of each country make each Christmas unique, despite being a date celebrated in most countries. Today we will comment on some of the peculiarities of the American Christmas, which has elements that go back to the time of the Celts until today! Did you know that, for a long time, Americans turned their noses up at the Christmas tree? Unlike in other places, especially in Europe, it was seen as a “pagan ornament” and in some places fines were levied for those who decorated their homes with them! But time went by and, especially with the arrival of Germans and Irish in large numbers to the country, the focus was changing. Finally, in 1846, a picture of Queen Victoria of England and her family next to a Christmas tree was released to the Americans. With this, things changed for good.

Today, Americans do not spend Christmas without their tree and, whenever possible, natural trees. The family, as part of the preparations for the date, goes to the local Christmas tree farm and chooses the tree that has the most to do with their home. Some favorite species are Balsam Fir, Fraser Fir, Douglas Fir, and Arizona Cypress.

Christmas stockings: Legend has it that Saint Nicholas decided to help a family in trouble and, so that they would not notice he had helped them, he threw three little bags full of gold out of the window. One of the little bags fell into one of the stockings that were hanging in the fireplace to dry. Of course this changed the family’s life, and the idea of having stockings hanging over the fireplace at Christmas time became associated with the chance of a better life! Eventually, stockings with Christmas motifs were popularized and became ubiquitous in decorations, often being personalized with the names of each family member. Small gifts are usually placed inside them, usually with more affordable prices, such as candy, stuffed animals, smartphone accessories, cosmetics, playing cards, etc.

Secret Santa: The Secret Santa, which originated in the United States, is also very popular here in Brazil, including among work colleagues. Each person receives the name of the person they are going to give and, many times, they make extravagant packages so that the receiver has no idea what will be inside the package. Many groups like to do another kind of gift exchange, called White Elephant Gift Exchange, Yankee Swap, or Dirty Santa. Here, people buy gifts of similar value, without any raffles being held beforehand. When they arrive at the place, they receive a number drawn by lot or according to their order of arrival, and place the presents under the tree, for example. The game begins when two participants open the first packages. Then things get funny: If the second one prefers the first one’s gift, he can “steal” it for himself, and this is repeated on each subsequent participant’s turn. Finally, the one who started the game decides whether to keep the gift in hand or to make the last exchange of the game. 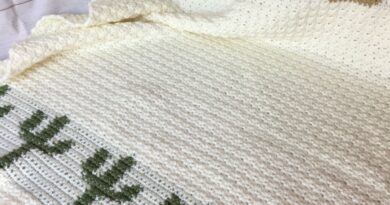