Have you noticed that children love dinosaur, astronaut, and superhero themes? It is very common that, even in early childhood, they are curious to know details about specific subjects, which escape the reality seen in everyday life. This strong motivation is called intense interest. Intense interests are defined as a strong search for a specific subject or topic that arises between the ages of two and six. These interests can persist into adulthood, although research indicates that they diminish with the onset of school life, as children have less time to research and study their interests. They may be beneficial for the development of intelligence in the little ones, who have an easier time processing information, in attention and in language skills. A study conducted by the universities of Indiana and Wisconsin, in the United States, revealed that children with intense interests develop their memory more and question more frequently. However, intense interests are not the only way for children to become smarter. It is essential that other types of learning are also offered and stimulated.

Why do children love dinosaurs so much? Do you know a child fascinated by cars? The Canine Patrol? Having the same character as the theme for a children’s party, the print on their clothes, the theme for games, and virtually every other subject in their lives is normal. It is common that between the second and the sixth year of life, children develop strong interests for certain things and/or subjects. Like movies, characters, animals, cars, and… and why not, dinosaurs? But why do children like dinosaurs so much?

Why are dinosaurs so fascinating? Among the main interests of little boys and girls are… Dinosaurs! Imagine a whole new world with creatures you have never seen before and unusual landscapes. Did you imagine it? This is a fun exercise even for us adults. And, as you may already know, what moves the little ones is fantasy and imagination. Therefore, this exercise is even more interesting for them! Dinos are beings that no longer inhabit our planet. Therefore, thinking about what it was like when they lived here, without any prior information, is something extremely fantastic for children. After all, it takes a lot of creativity to think about a world they have never seen. In addition, dinosaurs are very attractive creatures. Their names catch the eye, as do their abilities and the way they live. But are children who like dinosaurs more intelligent? Sometimes these childhood interests seem like real fixations. This leads parents to believe that this exacerbated taste for a single thing can harm their little one’s development. But this is not the case. Quite the contrary! This fascination can help to further develop the little ones’ ability to learn, stimulate feelings such as self-confidence and security about their knowledge, and also work on their memory.

Dinosaurs, for example, help to work with notions of temporality, science, history, and questions about shapes and sizes. All of this, exploring playfulness and fantasy to the maximum. Pterodactyls are a favorite among the little ones: how can a being with wings, beak, and claws, that looks like an alligator and eats meat, have lived here on Earth? These questions open the door to many answers that can bring new knowledge in various areas to children. If your little one has a real passion for dinosaurs, you may have noticed that he has already memorized their names, as well as their abilities, habitat, and other information. This awakens their cognition for new learning, exercising the ability to learn issues related to biology, besides bringing it to the affective field, exploring the affection for alien elements. What about at home? Do you also have a little fan of the dinosaur world? Tell us about it! 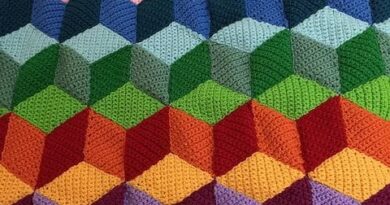