After World War II, women began to leave home and work outside the home. For a time, patchwork and quilting were forgotten. In the 1970s, however, with the hippie movement, crafts came back into prominence, and quilt and patchwork resurfaced in full force. In the modern world, patchwork works are made not only with found scraps, but with appropriate fabrics, manufactured and purchased exclusively for this purpose. It is no longer a waste; it is an art. Thus, from being merely utilitarian, patchwork has become ornamental, being exhibited in international fairs with product presentation and well-defined work criteria.

Spiders, Minerva, and Patchwork: The Legend. The spider web is a symbol found on several ancient Quilts, and, according to legend, would represent the skill of the “quilter”. There is also a “sympathy”: one draws a spider web on the back of a girl’s hand, to bring her skill. Spiders, butterflies, bees, and various other insects are always present in patchwork. In Crazy Quilts, the spider web, especially, is not to be missed in embroidered decoration. In the Victorian Era, when Crazy Quilts became a sensation, spider webs were believed to bring luck and butterflies were thought to be symbols. Of eternal life. In the 18th and early 19th century, the bee and the spider and its web were often used as symbols of the textile industry.

But what about Minerva? She was the goddess protector of Rome, and especially the defender of craftsmen and handicrafts. Legend has it that Minerva was very skillful, but once she was challenged by the mortal Arachne, a craftswoman known and admired by all for her talent in needlework. The challenge consisted in each of them weaving a piece of cloth. Minerva represented in her cloth a battle with Neptune over the name that should be used for the city of Athena. Arachne, as a sign of provocation, represented the intrigues and metamorphoses of the gods of Olympus. However, Arachne did a perfect job and Minerva, although she did not like the representation laid out on that cloth, could not find a single flaw in the work.

Mad with rage, Minerva forgot that she was a goddess and tore the cloth from Arachne. The latter, moved by despair at seeing her perfect work torn, tried to hang herself with fragments of the cloth. Overcome with pity, Minerva held her in the air to prevent her from strangling herself and said to her: – “You will live, Aracne, but you will hang forever in this way; it will be your punishment and that of all your posterity.” At the same time, Arachne felt her head and body shrink in volume; little legs replaced her arms and legs, and the rest of her body turned into a huge belly. From then on, spiders (Arachne) always continued spinning, and human industry to this day has not been able to match the fineness of their fabrics. You see, legends, truths, coincidences, who cares? In fact, what is passionate about these stories is to realize the true meaning of patchwork. It is to understand how many stories, how many feelings are involved in this patchwork union. 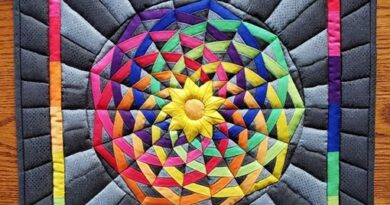 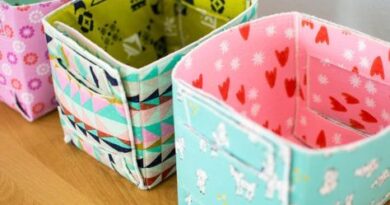