Welcome to Craft For The Wolrd! People eager and prepared to start a new crochet project?! Well, and if you are looking for modern, easy and stunning patterns… you are in the right place, Craft For The World offers the best designs, and today we are going to learn this beautiful classic pattern Hotchpotch C2C Crochet bag, so you can improve and deepen your skills!! This is a beautiful pattern and a beautiful crochet bag that is super useful for your day-to-day life, as it has its special touch with an airy and lacy shape.

Nowadays, a handbag is practically an extension of a woman’s body. Faithful holder of secrets and intimacies, the handbag reflects the personality of its owner, from its interior, with its peculiar organizations, to its exterior, which transmits a little of what she wishes to appear. But it wasn’t always like this, there were times when women lived very well without them. Don’t believe it? Then join us on a journey through the history of our inseparable companions. It is not possible to say exactly when the handbag appeared, but some historical records give us the idea that it is as old as human civilization itself. In the pyramids of Egypt there are drawings showing people carrying small bags tied around their waists with cords. The bag was born from the ancient people’s need to carry their indispensable objects, such as coins, medicine, fans, tobacco, hairbrushes, relics, prayer books, and precious stones.

And it was also in ancient times that the belief that women’s purses kept secrets was born, because in some African tribes, it was believed that the sorceress’ purse contained supernatural powers that allowed her to get in touch with superior forces, and no man was able to open it, because he feared it. Until the late Middle Ages, women’s and men’s purses differed in size and ornaments. Men’s bags were usually larger and made of leather. There were also the small, flat fanny packs and the bags that were carried hanging down to the knees. And for many years, bags were worn tied around the waist of men and women and were called Pockets. The Bolsos were made of different types of leather and acquired such importance that they were left in wills to relatives and friends worn equally by men and women. With the amount of objects carried by women in their Pockets, it soon became logical the need to alleviate the aesthetic problem created by the protuberances and protrusions that disfigured the female silhouette.

It was then, when dresses started to present a marked outline in which there was no place for pockets loaded with objects, that a new bag started to be used: the Reticule. The first ones were developed to carry objects according to the social class of each woman, such as handkerchiefs, fans, letters, business cards. In this way they became indispensable in England and considered “ridicules” in France. But with the progress of the 19th century, the French term “ridicules” was renamed “reticule”, a term that was used both in France and in England from 1912 on to designate the handbags of that time. It was only in the 19th century that the English term handbag appeared, originally referring to hand luggage carried by men, which served as inspiration for the production of new handbags. These bags were miniatures of the bags known today as suitcases and came with a lock, a key, and a compartment for passing through.

Craft For The World would like to thank the website zeensandroger.com for providing us with the complete modeling of this beautiful work, follow it step by step carefully and start your project, in addition to an excellent job. 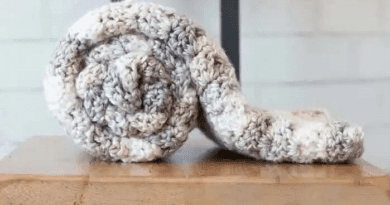