Welcome to the site Craft For The World where we always leave news for everyone who loves this world of crafts. The Christmas season is a very special commemorative date which has a great meaning for everyone. At Christmas we reunite the family and have a moment of communion and union, a really very familiar date and good things to see people from afar, make a nice dinner to exchange gifts. I love the Christmas season and I am delighted with the amount of pattern that exists for such a beautiful date, and of course we can not fail to learn some of them to decorate our home.

It’s made using the Grandma’s Square Christmas Tree crochet pattern, it’s a beginner level pattern, it’s very easy and fast to make, great for those just starting out and decorating their home. Choose the favorite model that suits you best, or what you like to use to decorate and decorate your home simply and beautifully with these crochet Christmas trees. You can make a tree with 3 squares or even 5 squares, but the list of items must be smaller or larger. Choose the color you like and the border color to finish and then the lace color for the adjustment. Sew the embellishments on each square that are the branches of the tree and make them firm.

Make the trunk to base the tree. Getting a wonderful finish. Below you can view the tutorial videos where all the information is needed to make this pattern available. The Christmas tree is one of the main symbols of this holiday, and its origins go back to pagan peoples who saw trees as a symbol of fertility. Christmas is marked by various symbols, such as Santa Claus, nativity scenes, and the lights that illuminate and decorate the cities. One of the most important representations of this period are the Christmas trees, produced in the most varied sizes and adorned with different ornaments. Read this text and learn a little about the history of this Christmas symbol.

Despite the controversy about the origin of the Christmas tree, it is known that this symbol was inherited from pagan religions of antiquity. The Romans, for example, used trees to decorate their temples during the Saturnalia, a festival in honor of the god Saturn. The Egyptians used palm trees during rituals to worship Ra, the sun god. For many ancient cultures, trees that stayed green all year round, called evergreen trees, were symbols of prosperity. For people who lived in places of harsh winter, these trees were remarkable because they remained green even during winter. Thus, the idea of putting trees with evergreen leaves indoors became associated with the idea of guaranteed fertility. Over time and as Europe became Christianized, the tree as a pagan symbol was slowly integrated into Christian customs.

>> We suggest this Beautiful Pattern for Purchase on Amazon.  A Granny Square Christmas 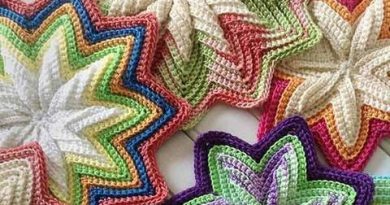 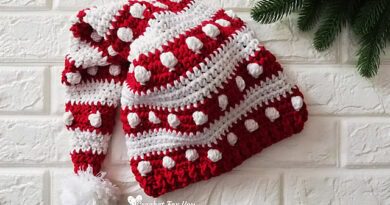 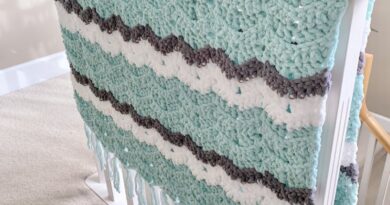