The demand for insulated sleeping bags basically came from the exploration and mountaineering communities. The natural insulating properties of camel hair were originally used in blankets in the late 19th century. In 1861, Francis Tuckett, vice president of the English Alpine Society, used an applied rubber waterproofing compound and effectively started a series of modifications. all the way to our contemporary sleeping bag. Tuckett continually tested his prototype Alpine sleeping bag and within a few years perfected a bag design that consisted of cover material with rubber-coated fabric on the bottom. It is believed that in 1890, a Norwegian company, Ajungilak, was the first company to commercially produce sleeping bags with an insulating filling. Just over forty years later, in 1933, French climber Pierre Allain introduced the pied d’elephant (the elephant’s foot) a short sleeping bag that was attached to a jacket, both covered by an outer waterproof silk pouch – the cagoule – which later became shortened to become the lightweight climber’s rain parka.

An innovative rug that has been described as the world’s first sleeping bag has been recreated and is being exhibited at the Newtown Textile Museum. The Euklisia rug – patented by Newtown entrepreneur Pryce Jones in 1876 – was exported around the world in the late 19th century. Documents show that he sold the rugs 60,000 to the Russian army – and the British army also bought them. Over the years, sleeping bags and the types of materials used in them have evolved and with the addition of hoods, collars, zip covers and double zipper systems, drawstrings, alternative offset to keep the padding in place, compression bags, draw chords and on and on, there are now some high quality products on the market to suit all types of weather conditions and activities. The development of sleeping bags over the years has predominantly focused on weight (which was very important for climbers / hikers), breathability and the ability of the sleeping bags to resist water.

An extra blanket is always welcome to make the night’s sleep more cozy. Among the options of this item developed for children, one has especially caught the attention of families: the sleeping bags. For those who have never seen them, these are blankets sewn underneath, like a cocoon, where the baby’s head remains outside. Because they are closed like a bag, they prevent the baby from being uncovered when sleeping. Available in a variety of sizes and fabrics, these stylish blankets have become famous in videos on TikTok and promise to welcome from newborns to babies over 18 months old. But are they really safe? According to Ana Loch, a pediatrician with the Brazilian Society of Pediatrics (SBP), they are a more than adequate option to warm the little ones. “Sleeping bags are safer than traditional wraps. They maintain a pleasant temperature for the baby and prevent him from getting cold at night by frequently uncovering himself.”

Warming the baby with sleeping bags – Aware of the risk of adult blankets for babies, the best way to protect them on winter nights is to wrap them up well in their pajamas and bet on sleeping bags. They are ideal for the coldest days. The baby will have no way to discover himself, will be able to move around calmly, and will not worry about suffocation. The item can come in several forms, both in models that are more “glued” to the baby’s body (for newborns) and in the more spacious ones that allow the movement of legs and arms. It is also important to check, before buying, the season of the year the baby will be born to choose the fabric and the ideal size. It can come in a cool cotton model or even more plush and soft, ideal for winter. It is also worth paying attention to the available sizes, which can go from newborn to eighteen months. 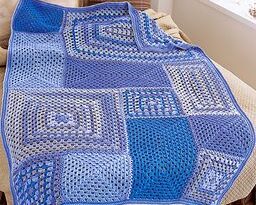